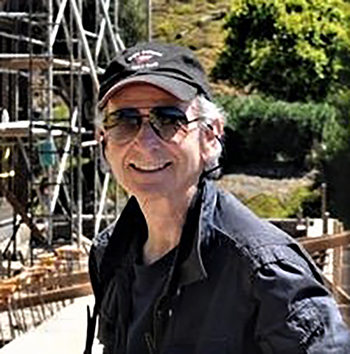 Samuel M. Tolkin has over 45 years of experience as a practicing architect. He received a Master of Architecture in Urban Design degree from Harvard University and a Bachelor of Architecture degree from Columbia University. Early on in his career he designed an award winning nuclear power plant in conjunction with the nuclear engineers at General Electric for a potential Long island, New York location. He worked for I. M. Pei and Associates, Victor Gruen Associates as well as the Bechtel Corporation, before establishing his independent practice in 1974 and creating the firm of Earth-Eco Systems as principal architect in 1978. The later was to address by design the environmental and energy problems which he envisioned would challenge man and the architectural professional in particular.

Samuel has been involved in numerous development feasibility studies and a new town location analysis for the Ontario Government.  In California he helped master plan and did development analysis for a portion of Catalina Island, including a study for prefabricated housing for the same project.

Samuel has designed numerous office, commercial and institutional buildings and planning projects. Designs of his have received awards and citations from among others the Long Beach Historical Society, City of Los Angeles, the AIA and from the Beverly Hills Architectural Commission.

Samuel has been widely recognized and has had works published in the fields of architecture and industrial design. Most notably, he was nominated for a Fellowship by the Los Angeles Chapter of the American Institute of Architects, and his industrial design work has been accepted into the permanent collection of the Cooper-Hewitt Museum at the Smithsonian Institution. In 2010 he served on a National Science Foundation panel reviewing grant proposals for the development of revolutionary architectural materials and processes with the aim of creating buildings with net zero energy consumption.

His current work includes a visionary series of prefabricated multi-use sustainable high-rise buildings to replace and respond to the pressures on existing urban areas and their structures by the rise in sea levels globally.  Over the last few years he has authored and published op-ed pieces in the Santa Monica, California newspapers on planning and architecture to critique and perhaps influence that city’s decisions makers.
He maintains licenses to practice architecture in the states of New York, California, and Washington.